Getting Wise to Lies 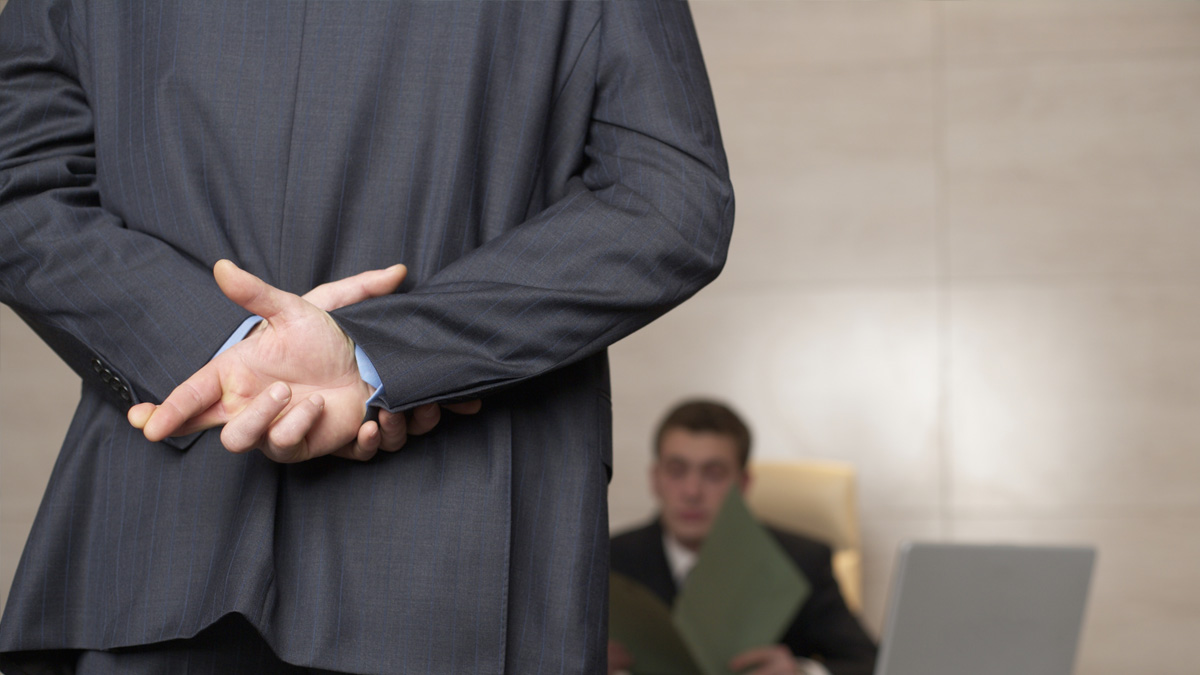 As college seniors hurtle into the job hunt, little fibs on the resume–for example, claiming a degree when they’re three credits shy of graduation–seem harmless enough. So new grads ought to read this memo now: those 20-year-old falsehoods on cream-colored, 32-lb. premium paper have poleaxed so many high-profile executives that you wonder who in the business world hasn’t got the message. A resume listing two fictitious degrees led to the resignation of David Edmondson, CEO of RadioShack, in February. Untruthful curricula vitae have also hobbled the careers of executives at Bausch & Lomb, Veritas Software and the U.S. Olympic Committee.

The headlines haven’t dented job seekers’ desire to dissemble even as employers have grown increasingly able to detect deception. InfoLink Screening Services, a background-checking company, estimates that 14% of job applicants in the U.S. lie about their education on their resumes. (A common boast by guys: that they played on the college football team.) ResumeDoctor.com a resume-writing business, found that of 1,000 resumes it vetted over six months, 43% contained one or more “significant inaccuracies.”

Leery of executive Pinocchios lurking in their boardrooms, employers are stepping up efforts to spot them and weed them out. In the field of industrial and organizational psychology, figuring out why and how job applicants lie is a hot research topic, and new studies are warning companies about the dangers of employing a liar. As a result, 96% of businesses now conduct some sort of background check on job applicants, according to the Society for Human Resource Management (S.H.R.M.), a trade group. Meanwhile, the ranks of third-party screeners have exploded in the past 10 years into a $2 billion industry.

Psychologists call lying a form of impression management–an extension of the common human impulse to look better in someone else’s eyes. “It’s a way to resolve the discrepancy between the average applicant you think you are and the ideal applicant you think they seek,” says Roland Kidwell, associate professor at the University of Wyoming’s College of Business, who has researched resume padding. Lies about education are perhaps prevalent because only 35% of employers say they “always” verify degrees conferred, says S.H.R.M.

Employees who lie to get in the door can wreak untold havoc on a business, experts say, from tarnishing the reputation and credibility of a firm to upending co-workers and projects to igniting shareholder wrath–and that’s if the lie is found out. Even when it isn’t, the falsified resume can indicate a deeply rooted inclination toward unethical behavior.

“There’s a lot of evidence that those who cheat on job applications also cheat in school and in life,” says Richard Griffith, director of the industrial and organizational psychology program at the Florida Institute of Technology and author of a forthcoming book on job-applicant faking. “If someone says they have a degree and they don’t, I’d have little faith that person would tell the truth when it came to financial statements and so on.”

Employers’ fears have sparked a boom in the background-screening industry. About 700 firms exist now, compared to only a handful 10 years ago. Analysts say revenues for the industry are growing 7% to 10% a year. Though exhaustive checks on CEO-level individuals can cost $10,000 or more, some companies offer basic vetting for as little as $10. One such company in California, screens 1 million resumes a year and says business has grown tenfold over the past five years: employers have grown so watchful, that they now check the resumes of temporary staff and local hires in their offices overseas.

But guarding the henhouse does little good if the fox is already nestled inside. To unmask the deceivers among them, some employers are conducting checks upon promotion. Verified Person markets its ability to provide ongoing employee screening through automated criminal checks. With this increased vigilance comes a thorny new dilemma: figuring out whether every fib is really a fireable offense. Many bosses feel that a worker’s track record on the job speaks more strongly than a stretched resume, says John Challenger of the outplacement firm Challenger, Gray & Christmas. Rather than booting talented workers, Challenger suggests, employers should offer an amnesty period. “A moratorium would let anyone who needs to come clean,” he says. And the culprit could always go back to school and finish that degree–maybe even on company time.